BestASPNETHostingReview.com | In this section you’ll play a bit with Razor so you can get a sense of the basic syntax. Start WebMatrix if it’s not already running. 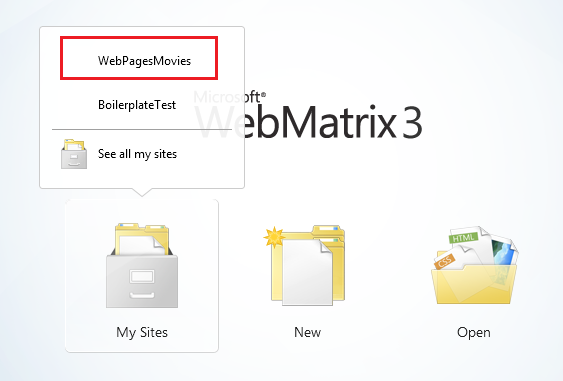 In the ribbon, click New to create a page. Select CSHTML and name the new page TestRazor.cshtml.

Copy the following into the file, completely replacing what’s there already.

Most of what you see is ordinary HTML. However, at the top there’s this code block:

Notice the following things about this code block:

Something that’s not obvious from this example is that all code is case sensitive. This means that the variable TheSum is a different variable than variables that might be named theSum or thesum. Similarly, var is a keyword, but Var is not.

Objects and properties and methods

Then there’s the expression DateTime.Now. In simple terms, DateTime is an object. An object is a thing that you can program with—a page, a text box, a file, an image, a web request, an email message, a customer record, etc. Objects have one or more properties that describe their characteristics. A text box object has a Text property (among others), a request object has a Url property (and others), an email message has a From property and a To property, and so on. Objects also have methods that are the “verbs” they can perform. You’ll be working with objects a lot.

As you can see from the example, DateTime is an object that lets you program dates and times. It has a property named Now that returns the current date and time.

Using code to render markup in the page

In the body of the page, notice the following:

You’re not limited to variables, though. In a few instances here, the @ character precedes an expression:

Seeing the code in action

Right-click the name of the file and then choose Launch in browser. You see the page in the browser with all the values and expressions resolved in the page.